A place of origin is a realm that fulfils the need for identity, security, and individualism in life. In the 19th century, Moritz Grossmann found it in a small town in the Ore Mountains: Glashütte. In his atelier there, the exceptionally gifted pioneer developed technically outstanding watch models.

More than 100 years later, watchmaker Christine Hutter discovered the heritage of Moritz Grossmann in Glashütte and established a new manufacture. Today, this is where ancestral craftsmanship is reinterpreted with modern technology.

The beginning of a new era in the name of Moritz Grossmann: Schönstes deutsches Handwerk.

Before Moritz Grossmann watches grace a wrist, they pass through the hands of many masters. This is because for us, “made by hand” is not just a method, it is a philosophy and a conviction.

Carl Moritz Grossmann is born in Dresden on 27 March.

Grossmann trains in Dresden to become a watchmaker. Subsequently, he begins travelling as a journeyman with stopovers in London, Hamburg, Paris, Stockholm, Copenhagen, and Western Switzerland.

Grossmann returns to Saxony and establishes his atelier in Glashütte.

His treatise “On the detached lever escapement” is awarded the 1st prize by the British Horological Institute in London.

Grossmann is elected representative of the Royal Saxon Landtag.

He is appointed head of the committee for the construction of the Müglitz Valley railway line. However, it is not taken into service until 1891. The German School of Watchmaking in Glashütte is established thanks to Grossmann’s initiative and according to his concept.

The Society of German Watchmakers in London donates a marble plaque (which no longer exists) in his honour.

M. Loeske becomes the new editor of the pocket dictionary for watchmakers originally published by Grossmann.

The German School of Watchmaking is upgraded to the status of a University of Applied Horological and Micromechanical Sciences.

The Moritz Grossmann commemorative tablet at the entrance of the watchmaking school is festively unveiled.

On completion of the new fire station, the square in the front of the building is renamed “Moritz-Grossmann-Platz”.

The watchmaking school is elevated to the status Graduate School of Horological Craftsmanship.

The engineering school closes after 114 years.

The German Clock Museum opens in the building of the former German School of Watchmaking. Grossmann Uhren GmbH is incorporated.

The first Grossmann watch model of the new era is presented: the BENU.

The company relocates to the new manufacture building.

The manufacture building on Uferstrasse 1 in Glashütte is festively inaugurated. Two new model families are launched: the BENU Power Reserve and the ATUM. The BENU Tourbillon crowns the collection.

The new TEFNUT and TEFNUT Lady model families are introduced.

The TEFNUT 36 has its public première. New steel-cased watches — the ATUM Pure and the TEFNUT Pure with the Pure Classic Finish — broaden the Grossmann collection.

The TEFNUT Twist with the Grossmann strap winder and the ATUM Date have their public première. The jewellery designer Michael Koh designs the jewellery watch TEFNUT Sleeping Beauty. For the One Watch Charity Auction, the historic Moritz Grossmann pocket watch and the ATUM Hommage designed in its likeness will be created and successfully auctioned as a unique watch set.

Moritz Grossmann Uhren celebrates its 10th anniversary. The new Anniversary models and the BACKPAGE with mirrored calibre are introduced at the Baselworld 2018. On the occasion of the 10th anniversary, 24 unique pieces will be successfully auctioned in cooperation with Christie´s in New York.

Moritz Grossmann presents its innovations in Dubai, Tokyo, Hong Kong and London as part of the international Roadshow 2019. These are the GMT with two time zones, the TEFNUT Arabian Nights with golden Milanaise bracelet, the CORNER STONE in rectangular design, the HAMATIC as the first self-winding watch by Moritz Grossmann, the POWER RESERVE Vintage with historical Moritz Grossmann logo, the MOON in SPACE as a homage to the beauty of the moon and the 37 ARABISCH Black&White in iconic colour contrast of black and white. Moritz Grossmann also presents the TEFNUT Lady Butterfly. Based on the artistic design created by Harriet Oberlaender, a swarm of colourful butterflies was painted by hand on the dial of precious mother-of-pearl.

In summer 2020, Moritz Grossmann presents the BACKPAGE Transparent and the HAMATIC Vintage. With the BACKPAGE Transparent, Moritz Grossmann offers a showcase for the beauty of Grossmann's watchmaking art. The moving spectacle of the movement can be viewed in its entirety on the dial side. The HAMATIC Vintage impresses with a shiny black or dial and the vintage logo M. Grossmann from 1875. In November, on the occasion of the twelfth anniversary of the manufacture, the XII Birthday Edition and the GANGRESERVE in stainless steel are presented to the public. The XII Birthday Edition focuses on the silver-plated by friction dial. With the GANGRESERVE in stainless steel, the manufacture once again demonstrates its openness to creative, timeless design and a sporty, elegant touch. 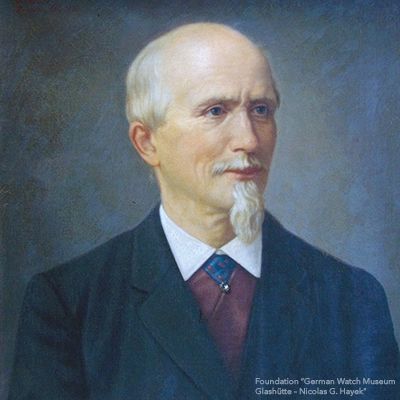 Carl Moritz Grossmann, the son of a mail sorter, was born in Dresden on 27 March 1826. There, he attended the Technical College for two years after having graduated from elementary school. Moritz Grossmann was fascinated by technology and the complexity of timepieces. Eager to discover new methods, he became a journeyman in 1846 and set out to acquire the world's horological know-how. After sojourns in Hamburg and Munich, he was drawn to La Chaux-de-Fonds, the hub of Swiss watchmaking. He returned to Dresden in 1854 after stopovers in England, France, Denmark, and Sweden. Upon his arrival, he fulfilled a dream and established his own atelier. Moritz Grossmann, who was also acclaimed as an award-winning technical author, began to craft pocket watches, pendulum clocks, and precision measuring instruments – from

innovative details to complete movements. But for Moritz Grossmann, Glashütte was more than merely the cradle of German watchmaking artistry. He dedicated his time to various associations and supported regional projects. From 1866 to 1878, he was committed to the welfare of the town of Glashütte, later also as a representative of the Royal Saxon Landtag. As an author, he was eager to pass on his knowledge; in 1878, he initiated the German School of Watchmaking and outlined the curriculum. The art of watchmaking permeated his life and was his greatest passion. He died unexpectedly on 23 January 1885 after delivering a speech about the introduction of World Time. Thereafter, his atelier was liquidated. 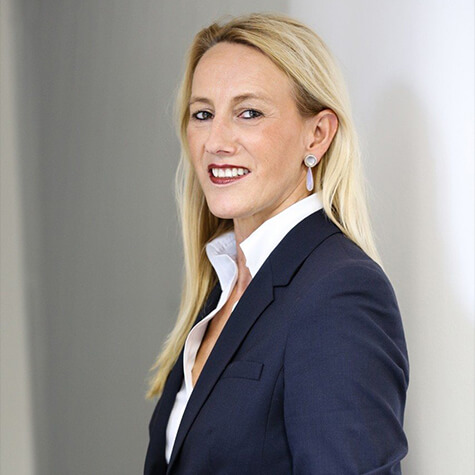 Christine Hutter was born in Eichstätt on 4 February 1964. In Munich, she completed her training as a watchmaker. Like Moritz Grossmann, she was fascinated with the timeless beauty of mechanical watches. Contrary to the prevailing zeitgeist, she focused on exquisite historic timepieces, learning to understand, love, and restore them. Early on in her career, Christine Hutter signed up with Wempe, one of the world's foremost watch retailers. Further stations in her professional life included Maurice Lacroix, Glashütte Original, and A. Lange & Söhne. She accrued precious experience in marketing, developed new distribution channels, and discovered Moritz Grossmann's heritage. Inspired by his visionary ideas, Christine Hutter secured the brand

rights with the help of her family. But even though she was impressed by the charm of Glashütte and already nurtured the wish to establish her own manufacture, she accepted an appointment as managing director with Haute Horlogerie Schindler SA in Switzerland. There, she forged numerous contacts with discerning collectors. All the while, her plans to return to Glashütte and revive the spirit of Moritz Grossmann by founding her own manufacture began to mature. Her personal vision turned into reality on 11 November 2008: Christine Hutter established Grossmann Uhren GmbH in Glashütte and created schönstes deutsches Handwerk based on the tenets of Moritz Grossmann.