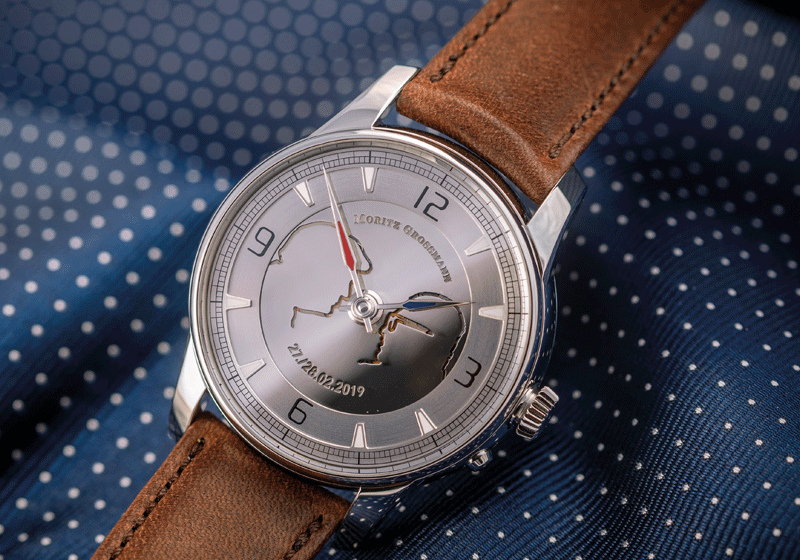 It was just eight months ago that a US president met the North Korean head of state for the first time since North Korea was founded in 1948. Donald Trump will meet North Korea’s ruler Kim Jong-un for the second time on 27 and 28 February 2019. The summit will take place in the Vietnamese capital of Hanoi. The independent luxury watch manufacturer Moritz Grossmann documents the meeting of both politicians with a special watch.

The new MEET IN FEBRUARY timepiece is a variant of the ATUM Pure X model line. The handcrafted, lance-shaped hands of the watch are lined with red and blue HyCeram, the national colours of both countries, and are flat polished.

Moritz Grossmann will meet its friends, Cellini Jewellers, in New York on 27 and 28 February 2019 and present the new watch at the Cellini Watch Fair, which will take place from 26 February to 2 March at Park Avenue in New York.

The special model comes with a stainless steel case and a dial whose centre, with its discreet contours, suggests the silhouette of the heads of both heads of state in the longitudinal view. The fine cut-outs of the contours allow a glimpse of the 201.1 calibre. In the lower third of the dial in the space from four to seven o’clock is engraved the date of the summit, 27/28/02/19.

The outer ring of the dial shimmers silver. Eight striking indices in white, coupled with black Arabic numerals for 3, 6, 9 and 12 mark the time, surrounded by clearly defined minute markers, also on a silver background.

The Moritz Grossmann MEET IN FEBRUARY will be offered as a unique piece with a price of RRP USA EUR 13,400 excl. VAT. 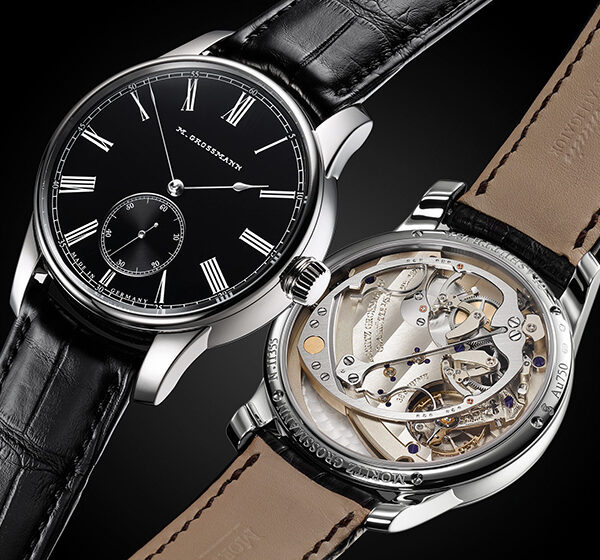