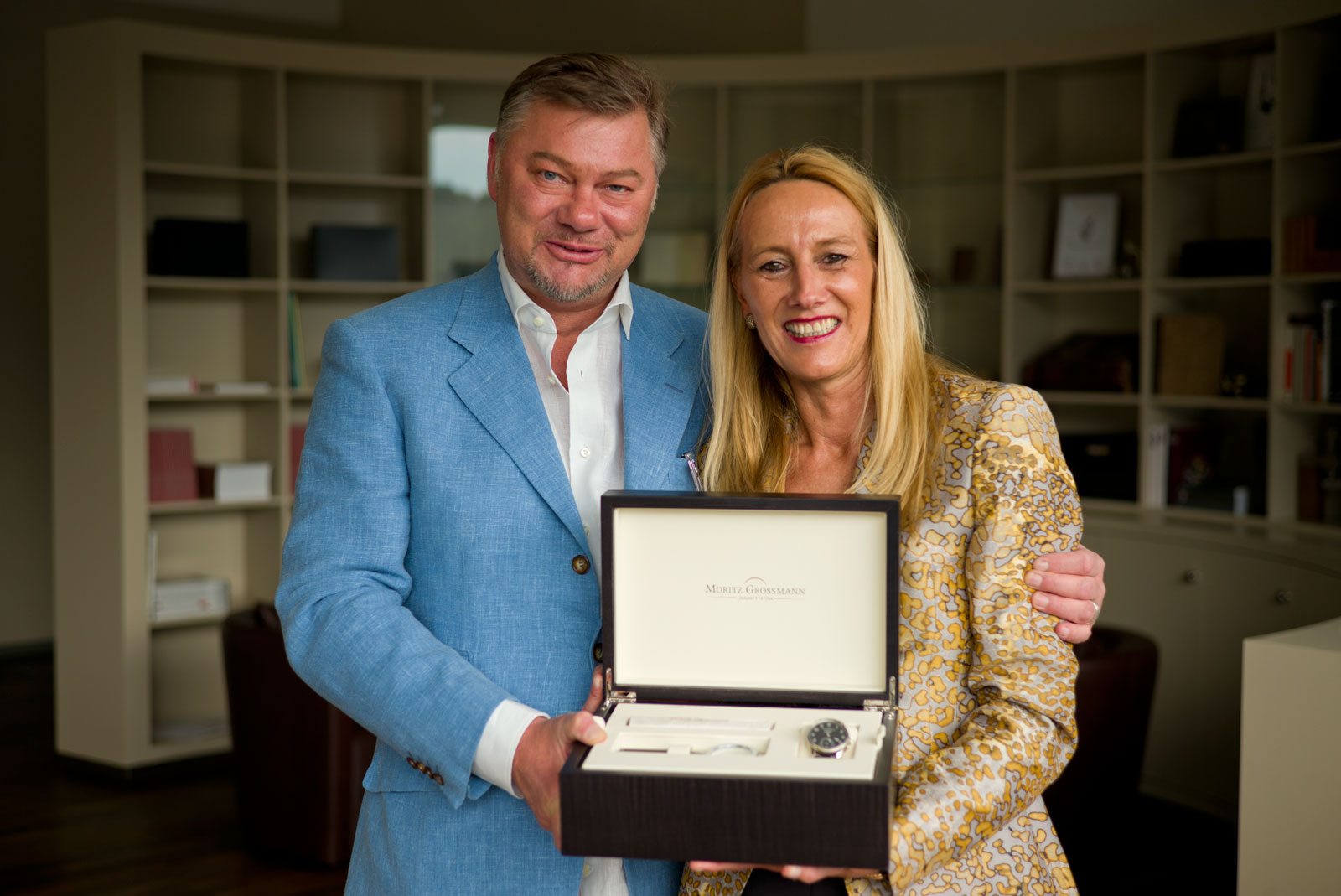 When René Pape first visited the Moritz Grossmann manufacture in August 2014, a bond was forged.

When René Pape first visited the Moritz Grossmann manufacture in August 2014, a bond was forged. The extremely versatile artist discovered Moritz Grossmann, the eminent watchmaker, perfectionist, and visionary who had a successful international debut in the 19th century with his trailblazing horological developments and became one of the most celebrated personalities in the watchmaking town of Glashütte.

Like Moritz Grossmann, René Pape is a native of Dresden. He pursued his talent and his passion, underwent training as an operatic bass in Dresden, and became a member of the Berlin Staatsoper Unter den Linden in 1988.

As a member of the Berlin ensemble, René Pape embodies all great bass roles. Additionally, he performs regularly in major opera houses, international concert halls, and opera festivals. Pape masters all the nuances of his discipline and is globally acclaimed for his talent.

“Pure Gold – René Pape … an artist who thrills his audiences with charisma, intelligence, and a one-in-a-million voice: the luxurious timbre of Pape’s supple, expressive bass is unmistakable. Its velvety, dark-brown texture shot with ear-catching flashes of brightness.” (Opera News)

He is the recipient of many international music awards, among them two Grammys (1998 and 2003) as well as the ECHO Classic for his solo CD “Gods, Kings and Demons” in 2009.

René Pape stands by his roots: “I never left Dresden.” When the Dresden Frauenkirche was inaugurated in November 2005, he sang with the chorus of the Saxon State Opera. He is a regular guest at the Semper Opera House. And he enjoys spending his spare time at his house in Dresden. For René Pape, origin is an emotional concept. For Moritz Grossmann, it is the foundation of a vision: Origin of a new time.

We are proud of René Pape’s enthusiasm for new-generation Grossmann watchmaking ingenuity. The fine art of singing touches a chord with the tradition art of precision horology. At the end of June 2015, René Pape will take possession of his white-gold BENU Power Reserve in Glashütte.

We cordially welcome a new friend into the fold of the Moritz Grossmann family and eagerly look forward to upcoming onstage appearances.

Start of our new Online Boutique